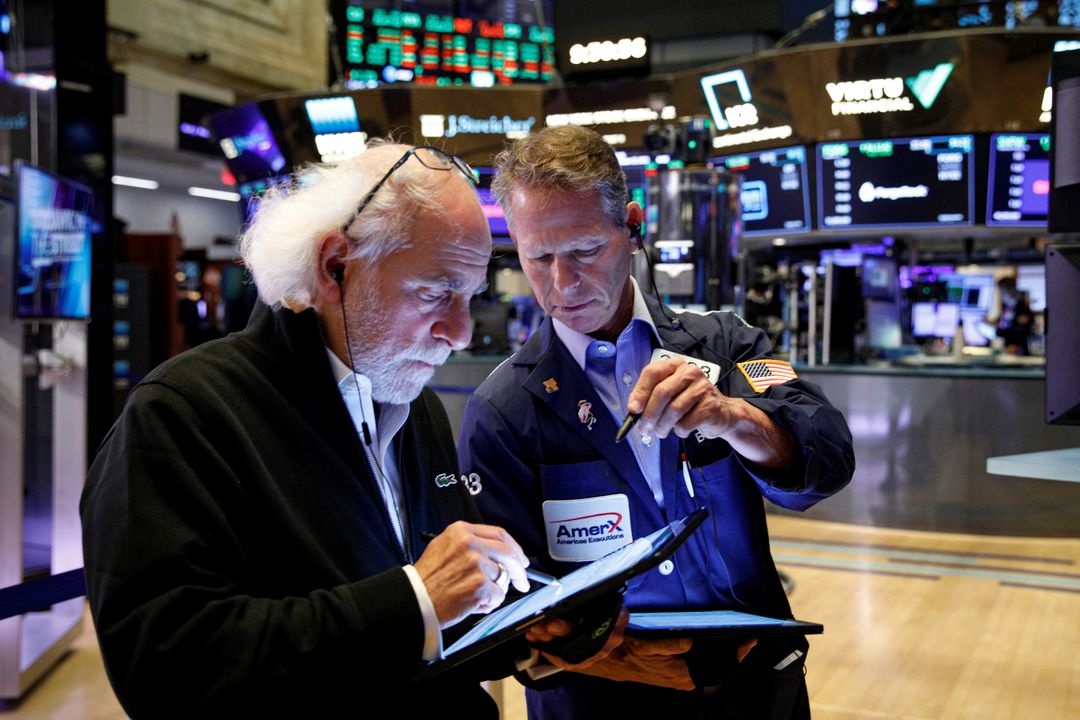 Oct 22 (Reuters) – The week to come will give European Central Bank policy makers another chance to ponder just how sticky inflation really is, while U.S. earnings will be dominated by FAANG companies.

In China, an imminent default of China Evergrande Group (3333.HK) might be off the cards for now, but troubles seem far from over.

Markets in Britain are bracing for new budget forecasts, while bitcoin is back for a rollercoaster ride.

Not for the first time – and likely not the last – the European Central Bank has a delicate balancing act on its hand.

At its meeting on Thursday, it will face pressure to acknowledge that inflation is proving stickier than anticipated. The U.S. Fed will likely start tapering within weeks, Bank of England comments suggest a UK rate hike is coming soon and the likes of Norway, New Zealand have already tightened.

It has good reasons, such as subdued wages, to stick with its message that long-term price pressures remain weak and surging energy prices could hurt consumer spending and growth. But markets don’t square with the ECB’s policy guidance, and are pricing a strong chance of a rate hike by end-2022.

Tech stocks and high global yields aren’t always a happy mix and earnings in coming days will give investors something to chew over as four out of the five FAANG stocks – Facebook (FB.O), Amazon (AMZN.O), Apple (AAPL.O), and Google parent company Alphabet (GOOGL.O) – are expected to report.

FAANG’s breakneck growth and outsize weighting in the S&P 500 has helped drive markets higher for more than a decade. Barring Amazon, each is expected to report September quarter earnings-per-share set to beat last year’s numbers, according to I/B/E/S data from Refinitiv.

Strong quarterly numbers could help technology and growth stocks broaden the lead they have established over value-focussed peers in this year’s tug of war as markets find themselves caught between a powerful economic rebound and soaring commodity prices on one side, and rising Treasury yields and inflation on the other.

It seemed almost curtains down for China Evergrande Group (3333.HK), the embattled property giant, whose debt woes have rippled through global financial markets.

Evergrande supplied funds to pay interest on a U.S. dollar bond days before a deadline that would have seen it plunge into formal default. But that’s just the first payment deadline of many due in the coming months and years, with little doubt the group will have to restructure eventually and other companies also under pressure.

As Evergrande moves on to an encore, its debt drama will remain closely watched as a guide for how Beijing will deal with other major firms in financial trouble. Its woes have also led to a major reassessment of the premium investors demand for holding riskier Asian credits. 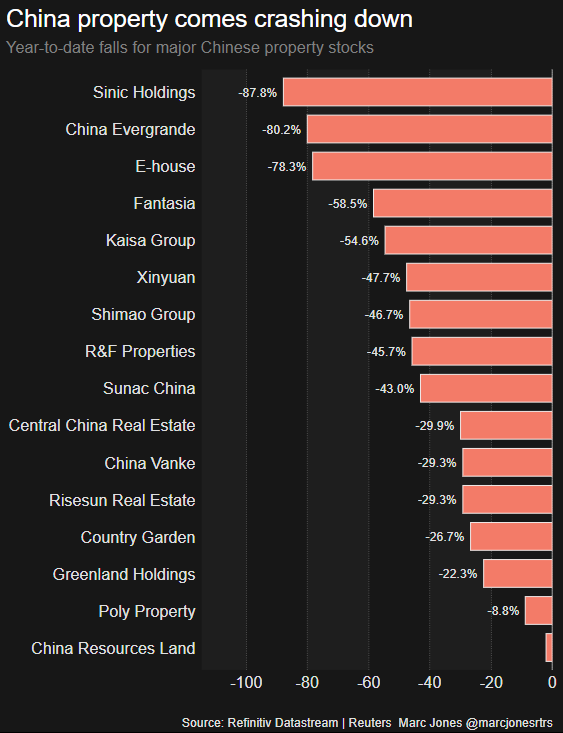 UK Chancellor Rishi Sunak will take the stand on Wednesday to deliver his latest budget forecasts. They are expected to show borrowing in the 2021/22 financial year is on track to come in around 40 billion pounds ($55 billion) below March predictions, thanks to faster economic growth.

But Sunak – who has adopted a more hawkish fiscal stance than many of peers – is facing a pretty bleak backdrop: The combination of higher inflation and lower growth coupled with labour market shortages and supply chain disruptions due to Brexit and COVID-19 is making investors and policy makers uneasy.

Meanwhile the pound has failed to capitalise on rising bets of an impending Bank of England rate hike as some investors believe that policymakers may be making a mistake by tightening policy too quickly, making the British currency more volatile than its major rivals in recent days.

UPDATE 2-UK borrowing down by half as Sunak readies budget. Bitcoin’s rollercoaster year has stepped up a gear. The biggest cryptocurrency hit an all-time high of $67,016 on Wednesday, fuelled by bets the first U.S. bitcoin futures exchange traded fund would pave the way for money to pour into digital assets.

Crypto analysts reckon the dawn of U.S. ETFs – a dozen others are in the pipeline – will support prices. Others say the view bitcoin as a hedge against inflation is a bigger factor. Whoever’s right, one thing is clear: bitcoin volatility isn’t going anywhere. 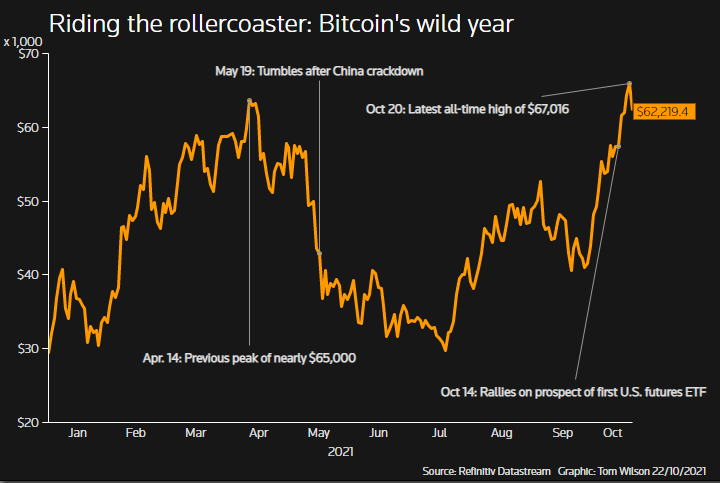