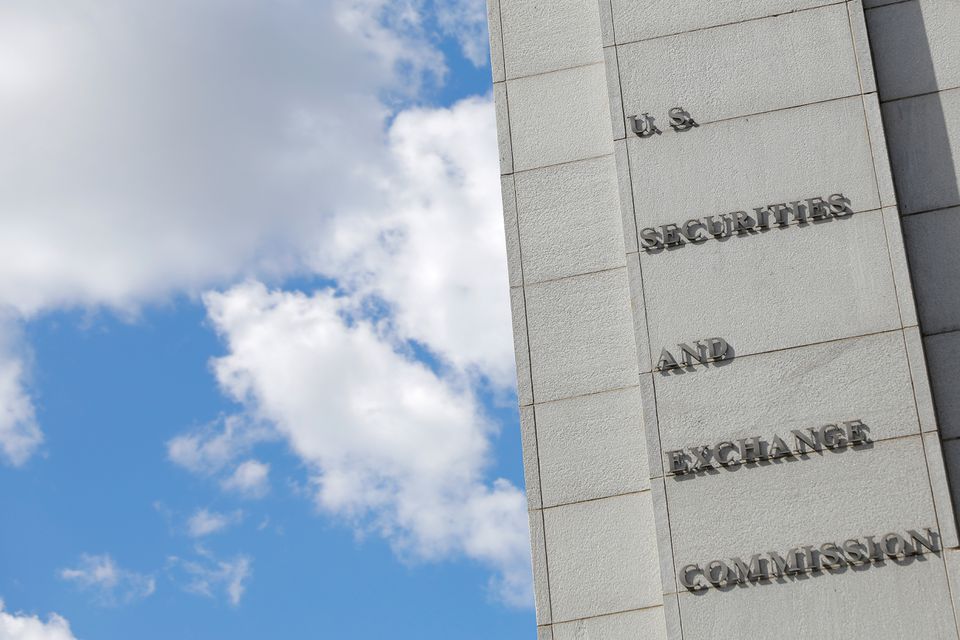 WASHINGTON, Oct 22 (Reuters) – The new Democratic leadership of the U.S. securities watchdog has a message for Corporate America’s highly paid executives: if your company screws up, your pay is at risk.

Clawing back compensation is shaping up to be a key part of the U.S. Securities and Exchange Commission’s (SEC) agenda as it cracks down on corporate misconduct, raising the stakes for thousands of executives who could potentially lose millions of dollars in bonuses and stock sale profits.

“Clawbacks can be an important factor in accountability,” said John Coffee, a professor at Columbia University Law School. “If properly implemented, they can be much more effective than they currently are.”

Last week, the SEC said it would revive a rule left unfinished from the 2007-09 financial crisis that would require U.S.-listed companies to implement a plan to recoup executive compensation in the event they have to correct financial statements due to compliance failures.

But in behind-the-scenes enforcement talks with companies, the SEC has already dusted off a narrower clawback power created in 2002 following the Enron and WorldCom accounting scandals, according to four lawyers familiar with the private discussions.

That rule allows the SEC to force a public company’s chief executive or chief financial officer to return bonuses or other incentive-based pay in the event the company restates its results due to misconduct.

In 2016, a federal court settled a lingering question over whether the SEC could recoup pay from executives who were not directly accused of wrongdoing. It said the agency could, because the executives should not profit from the proceeds of foul play.

In nearly two decades, however, the SEC has used the 2002 clawback power sparingly overall, despite potentially hundreds of opportunities to so, and just 15 times to penalize executives who were not directly accused of misconduct, according to a new analysis by law firm Covington and Burling LLP.

Gerald Hodgkins, a partner in the firm’s Washington office and a former associate director in the SEC’s enforcement division, said it was unclear why the SEC had pursued so few such actions, but that “perceived unfairness” was one potential reason.

The SEC appears to be shifting its stance on the issue.

Its enforcement staff have recently proposed using the clawback power in private settlement negotiations over cases involving financial restatements where the CEO and CFO are not accused of misconduct, said four attorneys involved in the separate cases, in what appears to be a change in strategy.

Among them is Joseph Dever, a lawyer with Cozen O’Connor LLP and a former SEC enforcement attorney.

“Staff seems to be raising this remedy far more frequently now than in the past,” he said.

On one occasion, staff proposed clawing back an executive’s compensation after the issue with the company had been resolved, said one of the three other attorneys, adding that was highly unusual.

Reuters could not ascertain how frequently overall the SEC was proposing clawbacks in settlement discussions.

But Allison Lee, a Democratic Commissioner who was a senior enforcement attorney with the agency from 2015 to 2018, told Reuters in an interview that the 2002 power has been “underutilized.”

While Lee said she could not comment on enforcement probes over which she now has no oversight, she said of the power: “I’d like to see us ensure we are vindicating the recourse it provides for shareholders.”

Cracking down on corporations is a priority for Democrats who say the SEC has long been too soft on big business.

When properly enforced, clawbacks can improve accountability in an era where writing checks to appease regulators is seen by companies as a cost of doing business, say advocates.

Over the past decade, investors have pushed for corporate clawback policies for a range of missteps, but companies have struggled to get the cash back once it is out the door, said Coffee.

That is why tougher regulatory clawback tools are important, say experts.

Last week, the SEC reopened to public comment an additional clawback rule it first proposed in 2015 but never finalized. The comment period closes on Nov. 22.

Required by the 2010 Dodd-Frank Act, that rule would go further than the 2002 power, capturing a broader range of corporate roles and situations in which incentive-based compensation could be recouped.

While it puts the responsibility of implementing and enforcing the clawbacks on companies and exchanges, Lee said it could be a “powerful” accountability tool.

“It’s based on the common-sense notion that you shouldn’t get to keep incentive-based comp that wasn’t actually earned,” she said in a follow-up statement. “I’m glad we’re finally moving toward implementing that mandate.”

Reporting by Chris Prentice in Washington Editing by Michelle Price and Matthew Lewis.

Next post BIDEN BACKS DOWN ON CORPORATE TAX HIKES | REUTERS